skip to main | skip to sidebar

A Throne for Glen Sacks

There once was a "man" called Glenn Sacks,
Who constantly twisted the facts.

His words were so bitter
It set the angels atwitter

And they condemned him to eat bushels of flax.

or: Psychologists are Superfluous

An 18 year old in Ontario has most reasonably and intelligently slammed the pas/pa theory and the destructive therapies that are attached to that ill conceived idea. The article Brainwashing Battle appears on the front page of the Globe and Mail, Toronto, Canada.

I wonder how the snake oil salespeople will spin THAT. I consider this more than one family saved- (his) - this can be cited by lawyers everywhere. A triumph of reason crosses political boundaries. This is a "victory" for human rights. The people who know this young man should be absolutely bursting with pride. I wonder if he realizes what a momentous event he has inspired.Fidler and others- better go bankrupt NOW. Few are buying your product.
Sappho
No comments:

Herod's Slaughter of The Innocents v. ours

So- apparently King Herod was really paranoid about a new king being born (Jesus) - so he had every boy child killed- all the ones his goons could find, anyway. Researchers figure 6.000 were killed. The bones- or some of them- are collected -I think it is under the Church of the Nativity-

Well- seems like we have Herod wannabees- those guys that kill their kids- or anyone around -
Fathers' rights ? - King Herod followers.Then there are thousands who suffer soul murder- just had a cool idea- why not build virtual reality rooms into prisons- a bit like they used to have on Star Trek- put the child abuser/wife-beater/bestiality practitioner into the rooms- so he experiences what he did to his children/wife/other children/dogs/cats etc. Well- I can dream- one of the few liberties not taken from me by ignorance, stupidity and maliciousness.
Sappho
No comments: 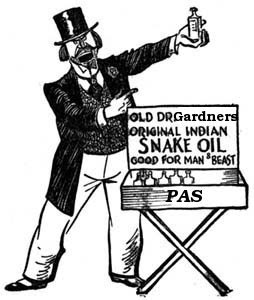 Are you feeling frustrated?
Kids don't want to come for visitation?
They don't want to talk to you on the phone?
Kids tell you you are mean and they don't like your new girlfriend?
They call you a bully?
But when they are forced to go see you and you have lots of promises of presents
they are happy as a pig in shit?
Does all of this sound familiar brother?
Are you convinced your ex wife is making the kids hate you?
Don't blame the ex, don't blame some pro-pedophiliac kiddie loving syndrome!
No, you need to blame yourself and NO ONE ELSE!
Blame yourself for loving golf more than your kids, all those times you didn't show up for soccer games let alone parent-teacher conferences! Yelling at your kids or spouse to "Shut the f*** up!"because the game was on.
Blame yourself because you left ALL of the child rearing up to your wife but
YOU took the credit when someone complimented you on their behavior.
Blame yourself for putting your new girlfriend before your kids and making them feel like second best. Blame yourself for putting yourself first all of those years because the kids saw it and knew it.

The reason your kids don't want to see you or be with you is because
of YOU! Nothing else.
AND NO AMOUNT OF SNAKE OIL CAN CHANGE THAT SHIT!
No comments: 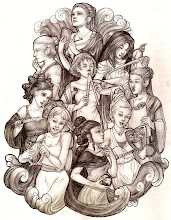